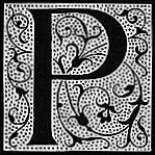 All you need to know about chamois leather

Chamois leather (click this link to hear it pronounced), also known as shammy, is a piece of lamb or sheep skin which is tanned using natural(marine) oils after having its grain removed. 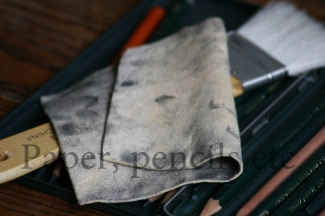 Originally, chamois  leather referred to the skin of a certain antelope but over the years the definition has changed. Sometimes imitation leather is made from pig or goat skin, tanned with mixed/synthetic oils and sold as genuine chamois leather. So when you are making a purchase, make sure your package at least says ‘Chamois leather’. British are known to have very strict guidelines for producing chamois. Genuine chamois leather is very absorbent and  has practically no abrasive properties. Artists drawing with charcoal, pastel and pencils use small pieces of chamois as blending and erasing tool. By gently wiping drawing surface you can soften or lighten rough pencil tones. Once your shammy is full of colors that you have removed and blended, you can drape leather over your fingers and draw with it to produce soft strokes.

And when your shammy is very well used and grungy-no need to throw it away! Just soak in warm soapy water(no harsh detergents!), rinse a few times and dry away from direct sunlight. Voila! It’s ready to be used again. To soften to the original state, rub dry chamois together or against the table edge.

You can get large pieces of chamois in any auto part store. It is cheaper and you would have to soak it overnight in soapy water to get rid of waxy film. Perhaps even run through washing machine several times before you can use it.

Those of us who have to use chamois sooner, can buy it in the art supplies store(stores catering to photographers might carry them as well). Yes, it will cost you more, but will give you the pleasure to  be able to use new chamois immediately after opening your package without any additional work involved.

I love to use my chamois  for blending my black and white drawings.

Do you use it?

This entry was posted on July 9, 2012 by VictoriaGregory in Tools and tagged blending tools, supplies.